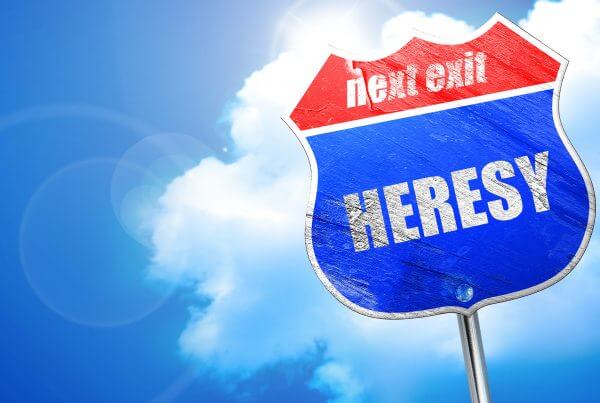 I am a heretic, and you are too. Maybe I am more heretical than you. Let me know in the comments!

Let me tell you a story. Once there was a true and pure religion. It doesn’t matter what the religion was; just know it was true and correct, and following it led to a blissful salvation. The first disciples of this religion, wanting to share this valuable salvation, decided that the religion had to be spread to the entire world. They carefully taught this religion to their own disciples, who before long had their own disciples to teach. In order to share their holy knowledge, the believers wrote books to document the faith, and met regularly with followers to teach and to hear their followers’ testimonies.

It wasn’t long before the faithful began to argue among themselves. “I have the only correct version of the religion!” one claimed, while another began to accuse her friends of promoting a fake and watered-down version of the religion. A third brought in some practices from their former religion, and even started a school to teach this hybrid faith. Before long, the religion broke up into several sects, some of which were branded as heretical by others. Followers of the religion were well-known for arguing among themselves and were seen by outsiders as hypocrites. New seekers were bombarded with various versions of the “truth” and bounced from sect to sect trying to find something that worked for their own salvation.

The founder of the religion looked down from the blissful paradise promised to all true practitioners of the faith. “Odd,” the founder mused. “None of them have it completely right.”

There is nothing so common today on “lean social media” as the sight of someone pontificating on the errors of others. I freely confess to having done this myself. I have been the first to jump on an innocent question on LinkedIn of whether one should start a lean deployment with 5S to state without equivocation that a tool-based approach is fruitless. On Twitter, I have been caught arguing that there is no such thing as lean sigma. “Toyota has how many black belts?” I ask sarcastically, even though I know full well that sarcasm on Twitter is just asking to be misunderstood. At conferences, I have asked pointed questions to presenters, not out of humble curiosity, but point out the errors in their thinking (and to promote my superior thought processes.) I hereby repent, although I will most likely do it again.

And yet, I am myself a heretic.  After many years, my understanding of lean is still flawed, unpracticed. I have more to learn than I have learned already. What I teach is not and will never be completely right. Others in lean social media know that they have the truth, and perhaps they do. It just might not be my truth.

We need to hear all the voices of lean. What is working and what is not working in your business or industry? What do you struggle with? Where have you had success, even if it was short-term? What language helped to bring your colleagues on board? What scared them away? What questions do you have? What attributes of your culture promoted lean? What held it back? What did you gain? What did you lose? Tell the world, share, speak.

Let’s create the climate on social media that we aspire to in our organizations.

Send Us A Message

If you want to go far, go together: meet the lean communicators

If you don’t know the lean communicators, you should.  In fact, you shouldn’t just “know” them, you should hear (and see) what they have to say. 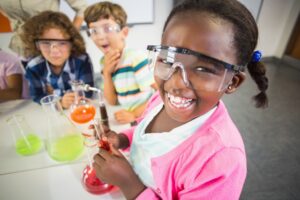 WHEN DO YOU NEED PERFECTION?

Imagine you are an astronaut sitting in a crew capsule on top of a huge rocket ready to launch. A fantastic adventure awaits you – 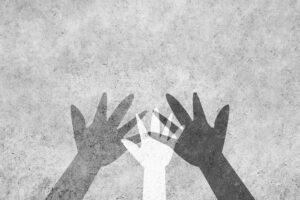 “It is a commonplace executive observation that businesses exist to make money, and the observation is usually allowed to go unchallenged. It is, however, a 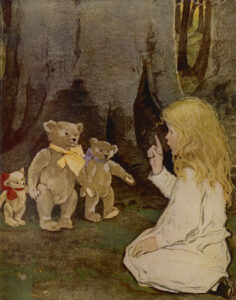 GOLDILOCKS & THE A3: HOW TO GET YOUR PROBLEM SOLVING “JUST RIGHT”

Goldilocks is a great source for guidance on A3 problem-solving. With the goal of getting the approach “just right” it’s critical to assess the kinds of problems

PrevPreviousRAISING KIDS TO WORK IN A LEAN WORLD
NextGOLDILOCKS & THE A3: HOW TO GET YOUR PROBLEM SOLVING “JUST RIGHT”Next